Raleigh SEO Meetup is the most successful in the United States

There are different ways to rate a Meetup group, but by almost any ruler, the Raleigh SEO Meetup is at the top of the SEO Meetup heap. If you look at the other Meetups listed at seo.metup.com there are some groups that are larger, but since groups self-identify, many of them are barely SEO groups at all.

The Raleigh SEO Meetup has a significant number of members, and we have been serving the people and businesses of Raleigh since 2008. In our eyes, we are the most successful SEO Meetup in the United States – maybe the world!

Founding of the Raleigh SEO Meetup

The Raleigh SEO Meetup has been holding a monthly event since Ashley Berman Hale first organized the group in May of 2008.

There is no question that Ashley’s spirit of helpfulness and candor set the mood for the rest of the group and the growth that has taken place.

Ashley became a Top Contributor at the Google Webmaster Forums in the summer of 2009 and then she moved to Colorado in 2011 and left the group in the hands of Phil Buckley.

Rapid Expansion and Growth of the Raleigh SEO Meetup 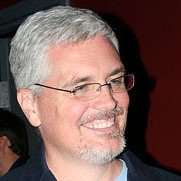 As the group grew, fundraising became a major need. Phil reached out to marketing companies throughout the Triangle and secured several sponsors. This helped to offset the expense of meeting at the McKimmon Center, but there was still a deficit in the budget. T-shirts were one funding solution that was tried. There are a few t-shirt designs that were created and sold to help fund the group, and you can identify the senior members of the Raleigh SEO Meetup by their shirts.

We spent just over a year, continually tweaking and adjusting the video and audio feeds so we could stream our meeting on Google Hangouts. Each month, we would have a slightly different setup and it would take hours to get everything working. However, our members appreciated the extra work that went into offering a video feed. People that were out of town, or unable to make the drive through Raleigh traffic to arrive on time for the in person meeting, simply watched online. Primarily, this was a way to bring in speakers from around the world to teach our group.

At the end of 2014, Frank Jones took over the organizer role at the Raleigh SEO Meetup. Unfortunately, this transition of leadership came at a time when several sponsors were already facing financial difficulties. After loosing 50% of the group’s sponsorship support – we moved our meetings to the local library and eventually returned to restaurants and bars throughout Raleigh. However, we now had the ability to stream the meetings on Hangouts and eventually on Periscope. 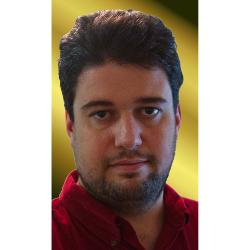 Rather than seeking a return to expensive meeting spaces, the Raleigh SEO Meetup has begun an endeavor to setup meetings with multiple locations. To begin with, you can setup a viewing party at your home or office and watch the live feed from our meetings. At the same time, we monitor Twitter so remote viewers can ask questions and get answers during the live event.

At the end of 2015, the Raleigh SEO Meetup embarked on a partnership with the Internet Summit which allowed us to begin making connections with internationally recognized SEO experts. Our meeting in November featured Rand Fishkin, and boasted 185 attendees.

In 2016, the Raleigh SEO Meetup hosted their first annual conference and it was a huge success. This year, we booked Eric Enge as the keynote speaker. The whole process of planning and hosting the conference was setup as a minimum-viable product, and we learned a lot along the way. This is a tradition which will become a regular event for the Raleigh SEO Meetup.

Our annual conference is held in May and we host a blockbuster meeting with one nationally recognized speaker each November. In addition, we have a holiday party each December which is entirely focused on socializing with other members and networking – no presentations or speakers.

A Tradition of Providing Value

To this day, we uphold the original core value that has guided the Raleigh SEO Meetup for so many years. We cover an aspect of SEO each month with the goal of giving attendees actionable advice that they can use to make real change happen in their own world. These monthly meetings are free for attendees, and the presentations are conference-style talks focused on educating the audience and not simply selling services (although business cards are liberally exchanged while networking before and after these events).

More than a few businesses have improved their websites by following the advice they received at Raleigh SEO Meetup events. Additionally, many people have found employment as Technical SEO Analysts, Marketing Project Coordinators, Web Developers, PHP/MySQL Programmers, Graphic Designers, and much more. These are traditions we plan to maintain into the future.

Dive straight into the feedback!Login below and you can start commenting using your own user instantly